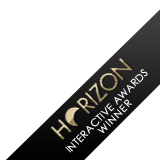 Your smile is flawless with healthy teeth and gingivas.

It is the science that examines and evaluates the surrounding tissues of the tooth. Periodontal health is ensured by the health of the gums and all tissues surrounding the tooth. Periodontal diseases are very common diseases that can be seen in all ages and genders, affect many individuals around the world, and can be effectively treated if diagnosed at an early stage.

Swelling, redness, bleeding on brushing or spontaneously in the gums are symptoms of gum disease. If not treated at an early stage, the problem may progress further and result in loss of the bone surrounding the tooth, loosening of the tooth, and loss of the tooth. The most common cause of gum disease is tartar formed as a result of incorrect and incomplete brushing.

Again, crowding in the teeth, untreated lost and incomplete teeth can be the cause of gingival recession. Gum treatments aim to eliminate the causative agent, replace the lost tissues and bone as much as possible, and gain an aesthetic appearance.

The formed stone has a more infective effect and cannot be removed by brushing. Teeth stones are removed by the dentist with appropriate tools. Afterward, the stone formation should be prevented by correct and effective brushing.

All You Wondered About The Treatment

I had my teeth cleaned; they started to form more. Should I have never cleaned it?

Stones are harmful and must be removed from the environment. If they occur again, there is an error in your brushing. You should examine your dentist and find out where you went wrong.

After the stone cleaning, my teeth became very sensitive. What should I do?

Sensitivity may occur after cleaning if your stones have descended under the gingiva. This is a quick process. In the process, you can benefit from desensitizing toothpaste. If the problem does not go away, you should consult your dentist. You may need an advanced step to relieve your gum disease.

Stone cleaning was scratching the teeth, and the teeth were getting more stained. Is it correct?

It is true. The tools and stain removers used in stone cleaning cause minimal scratches on the teeth. These scratches can pave the way for easier staining of your teeth. But remember that what is harmful to you is tartar, no stains that cause bleeding in your gums, even gum recession and bone loss.